Today we have the technical visit to the city of L'Aquila. We took a 2 hour bus to get to the city center and then we headed to the Aula Magna of the Deparment of Human Science of the University of L'Aquila. Dr. Vincenzo Gatulli gave as an introduction to the program of the day and gave an explanation of three projects: the CASE project about seismic isolated buildings, the reconstruction of the Basilica di Santa Maria di Collemaggio, and the application of structural control system for the coupling of two buildings in the Faculty of Engineering located in Roio Hill. Later Professor Fabio Graziosi did a presentation about the INCIPICT project that consists in the implementation of experimental and advanced telecommunication technologies in structural health monitoring systems, building automation and enhancement of cultural heritage.

So, what exactly happened in the city of L'Aquila? In April 6, 2009 an earthquake of 6.3 magnitude hit the region of Abruzzo and 67000 people were homeless after all the damages to the structures. The city of L'Aquila was the most affected and needed reconstruction and rehabilitation of structures for housing and cultural heritage. The Italian and local governments developed and executed several projects, as the ones mentioned previously, to rebuild the city with smart structure technology. 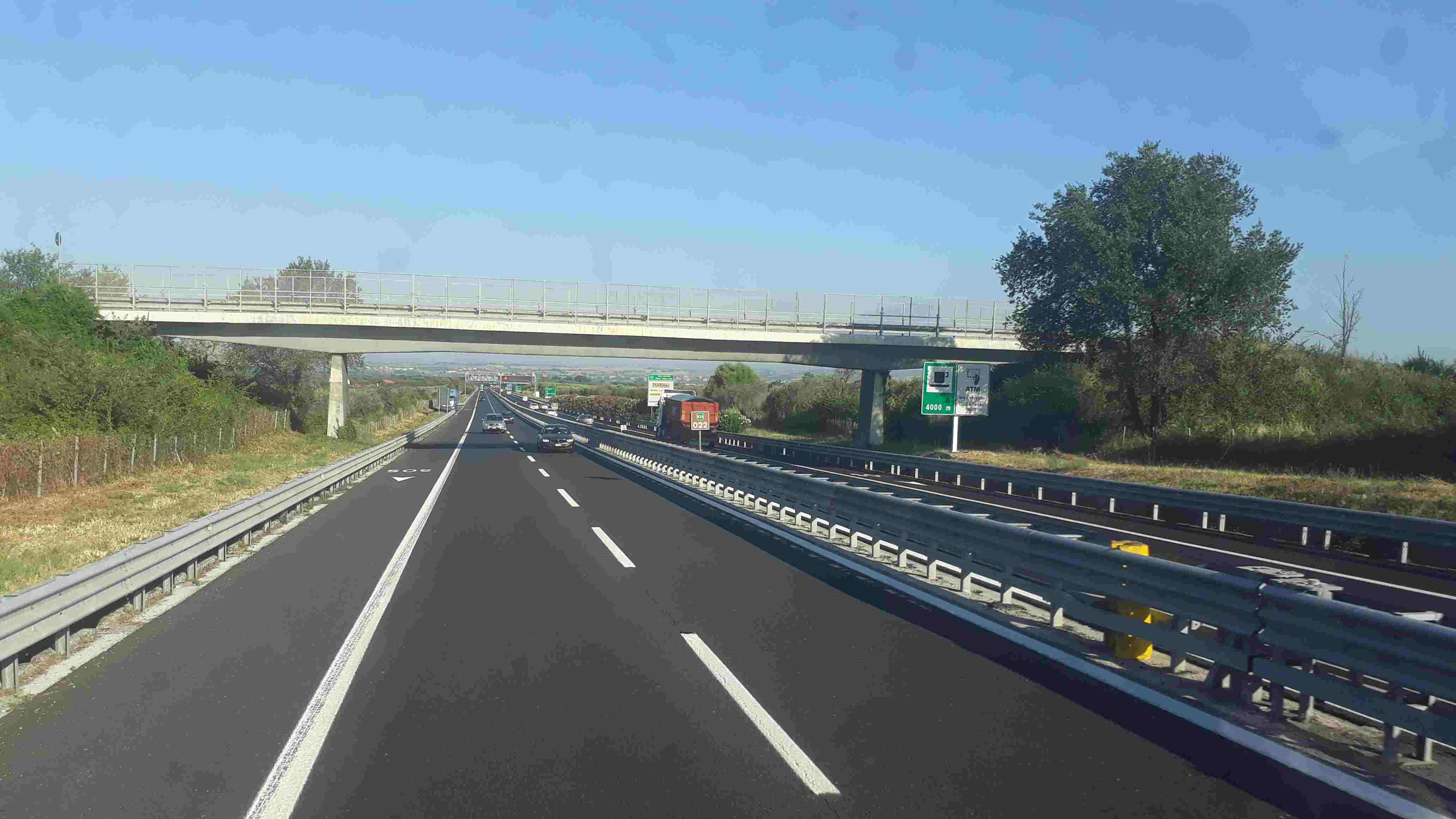 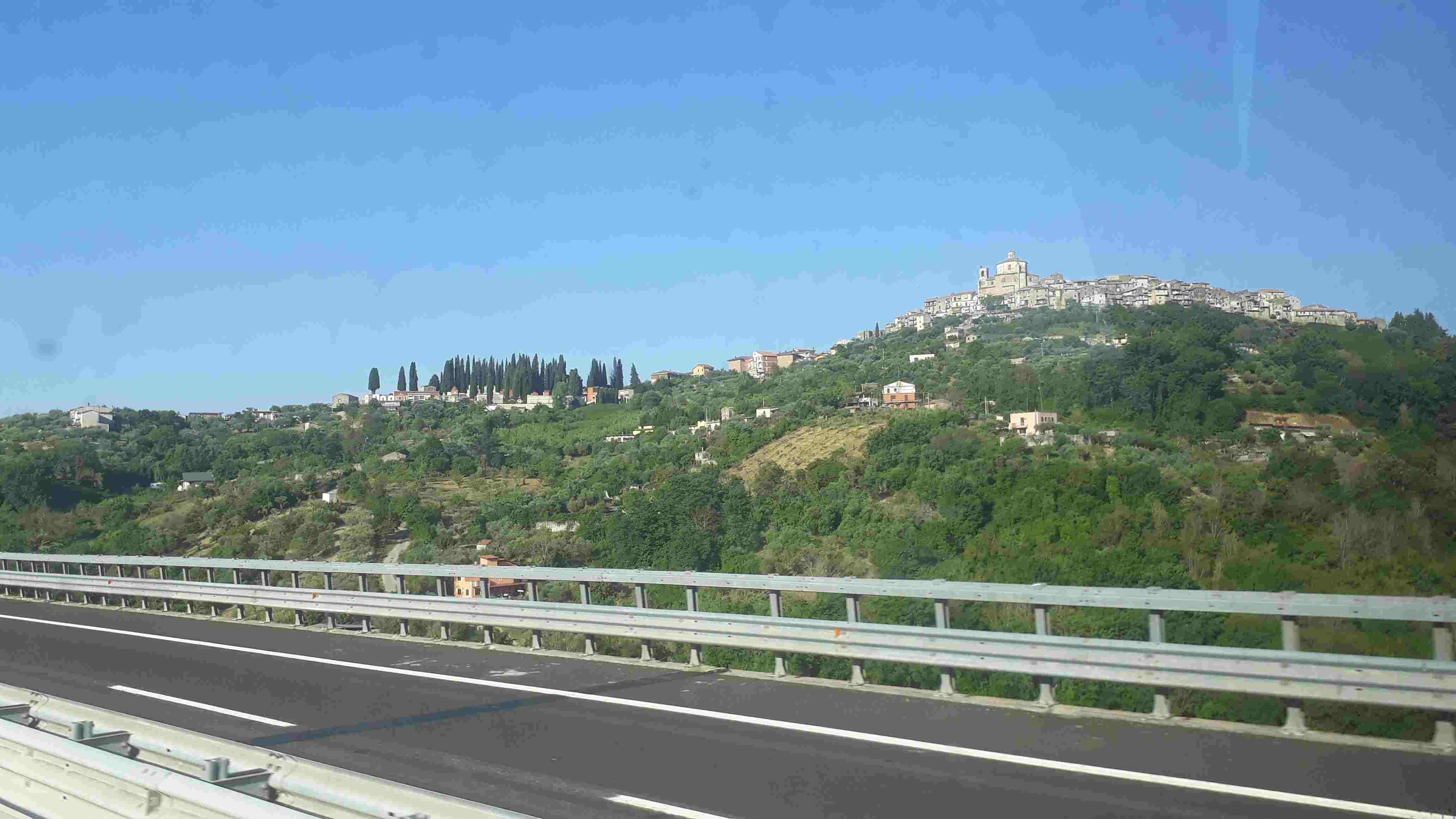 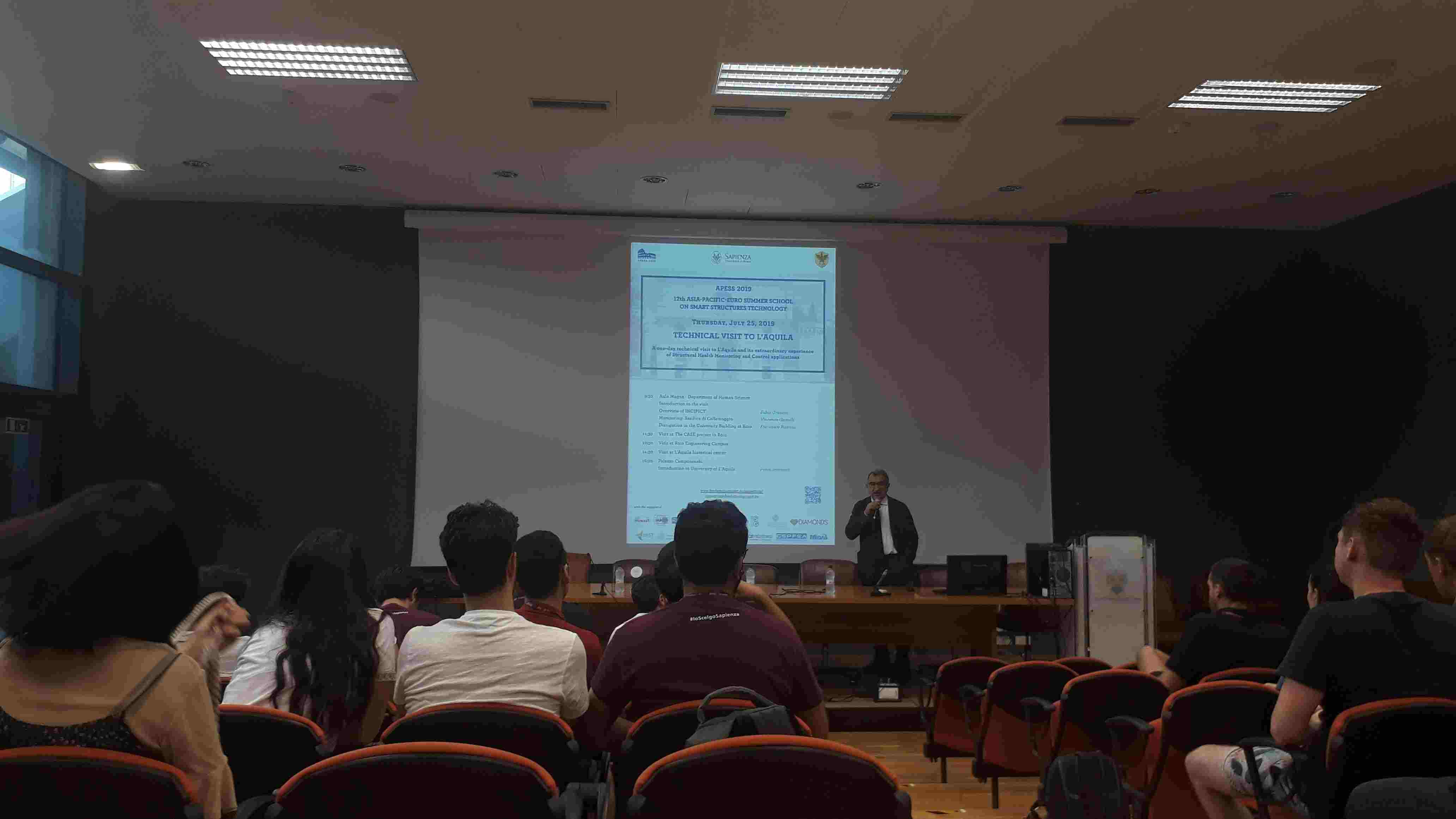 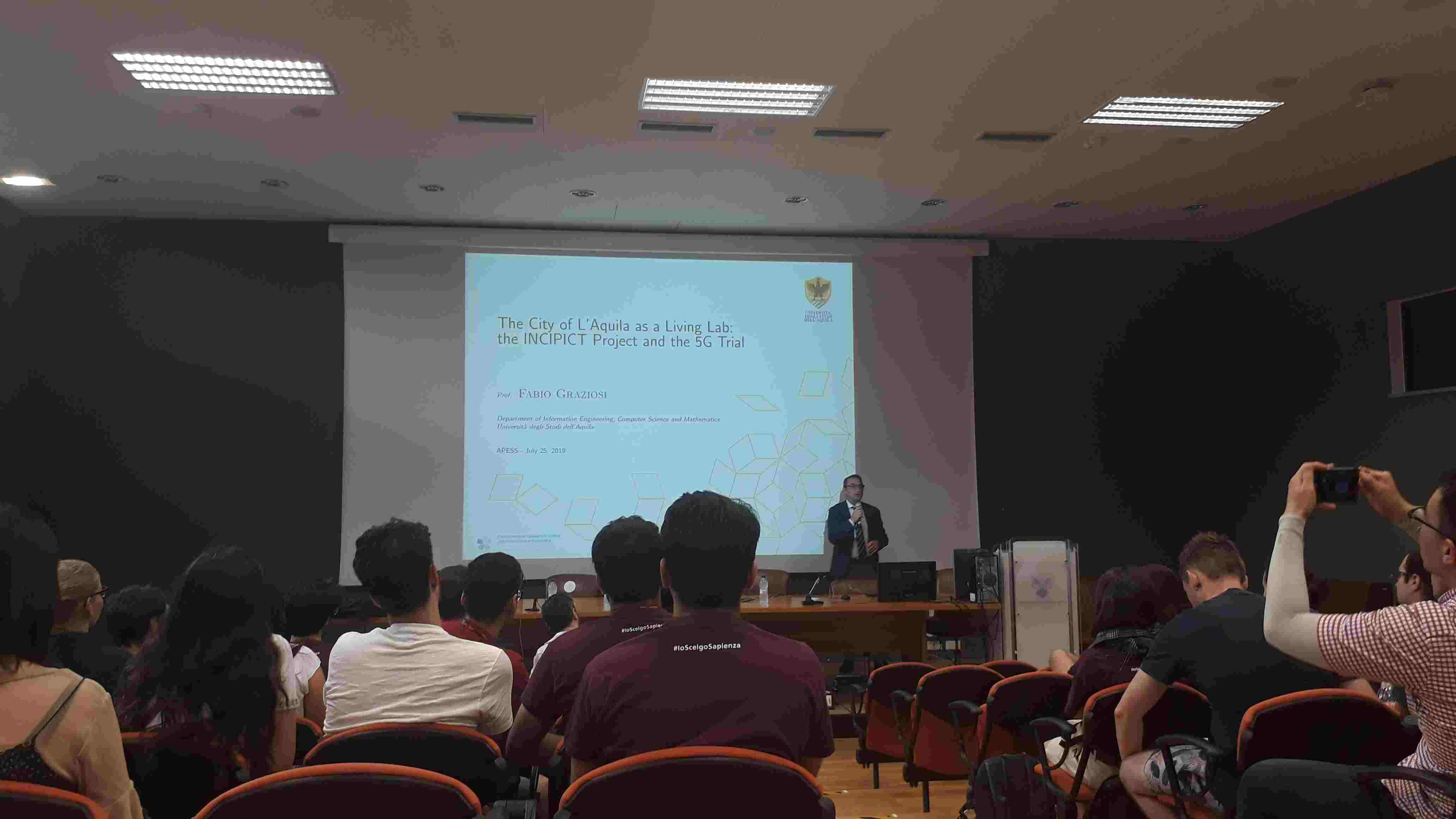 We headed to the Hill of Roio and made our first stop in residential building that was part of the CASE project. This building is one of the almost 200 seismically isolated buildings that were built in just 8 months. These type of structures are built on a rigid slab that rests on rubber bearings. This building has 6 stories and it was erected on a 60m by 20m slab with 1m thickness that rests on MTS isolation system. The were a lot of other systems and types of structures but this is an example of the huge effort made by the local goverment to rebuild the city. 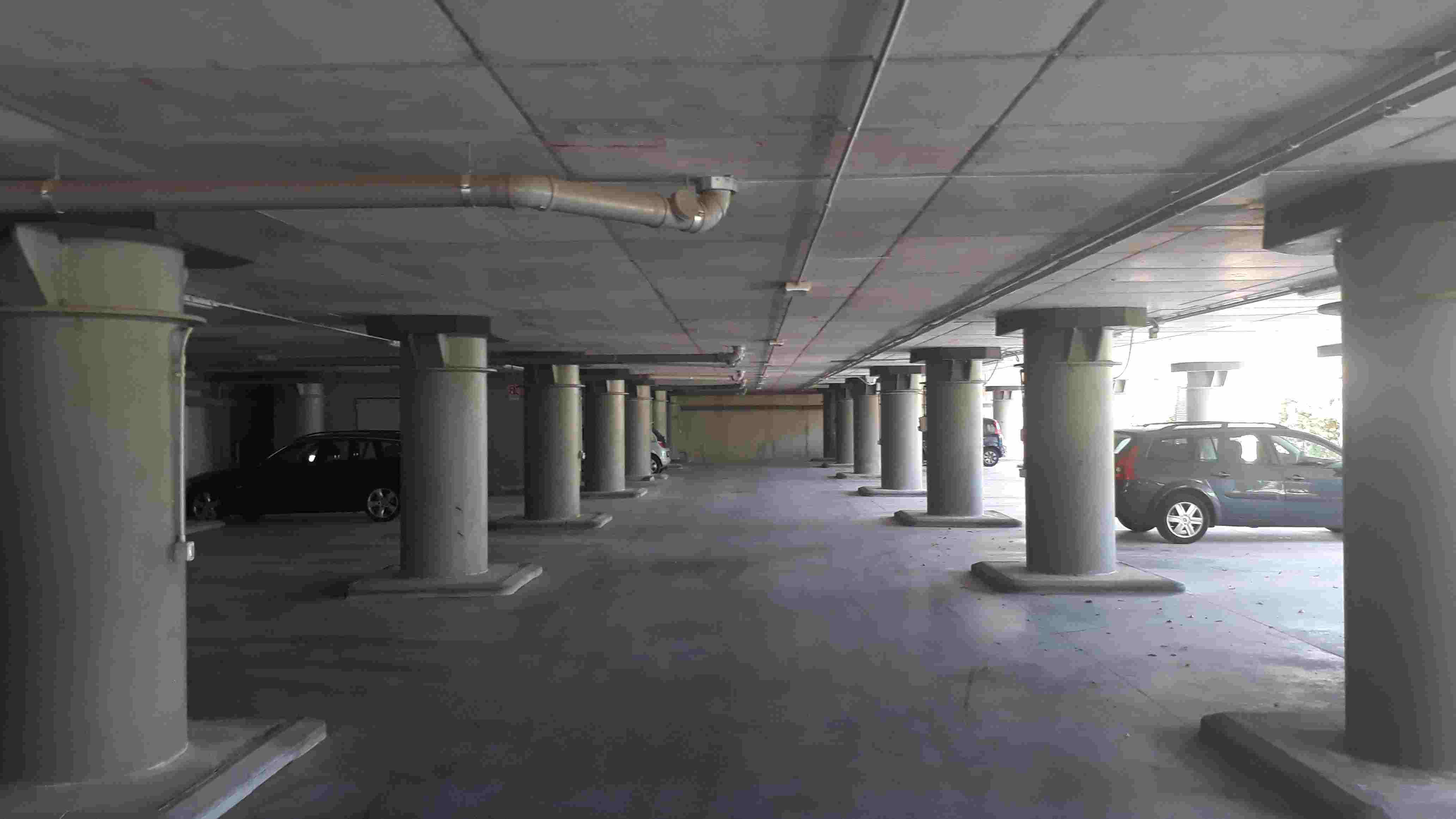 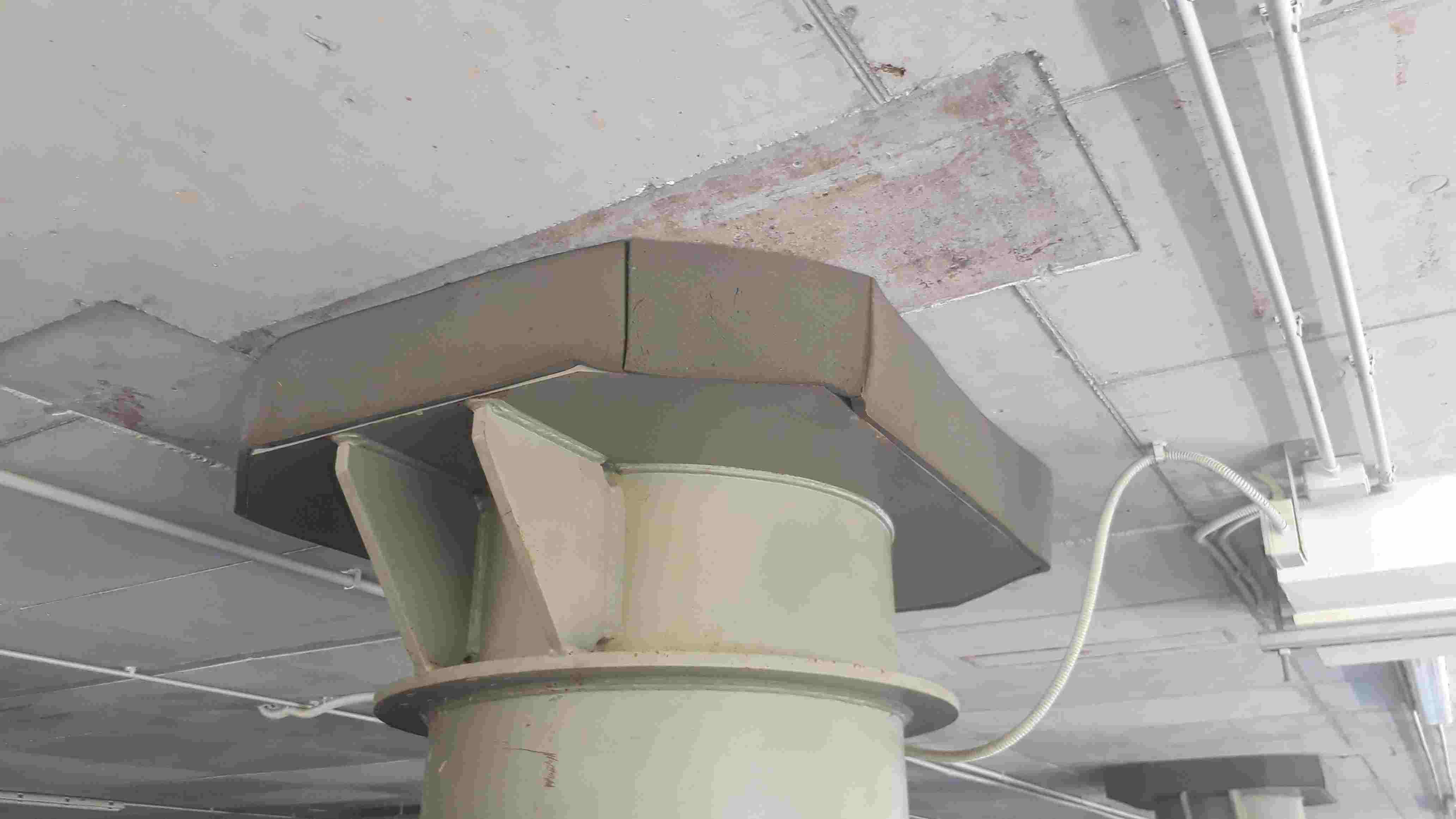 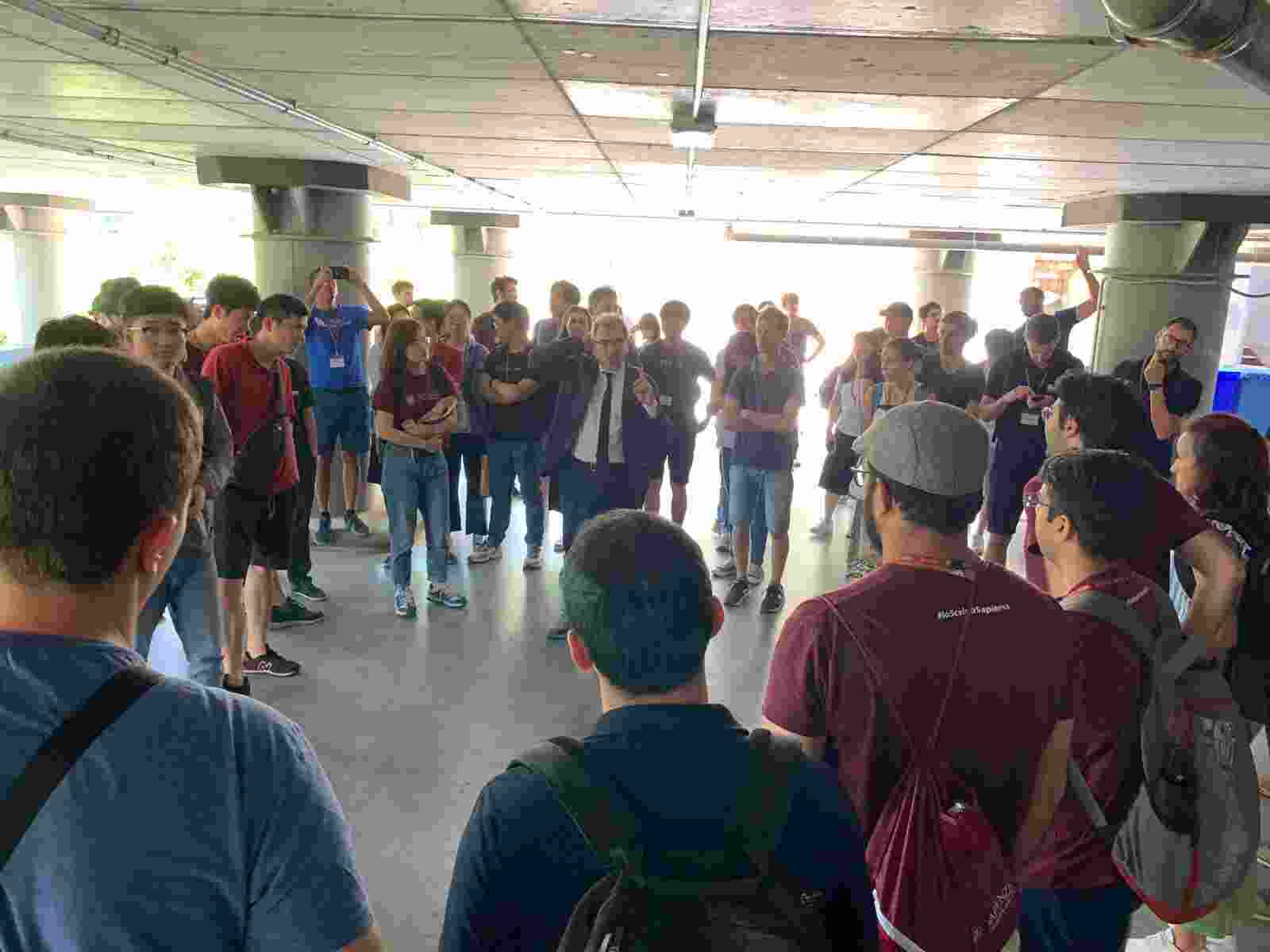 The second stop was at the Engineering Faculty of the University of L'Aquila that is also located at the Hill Roio. The buildings in this area were also heavily affected by the earthquake. Two of the buildings in the Faculty were coupled with fluid visco-elastic dampers in order to dissipate energy during high-intensity motions. The distribution of the dampers and type of connections were chosen based on the stiffness of the diaphragms of the buildings.

Later we had lunch at the cafeteria of the Faculty and could rest and play some games in the common area before heading to our next stop. 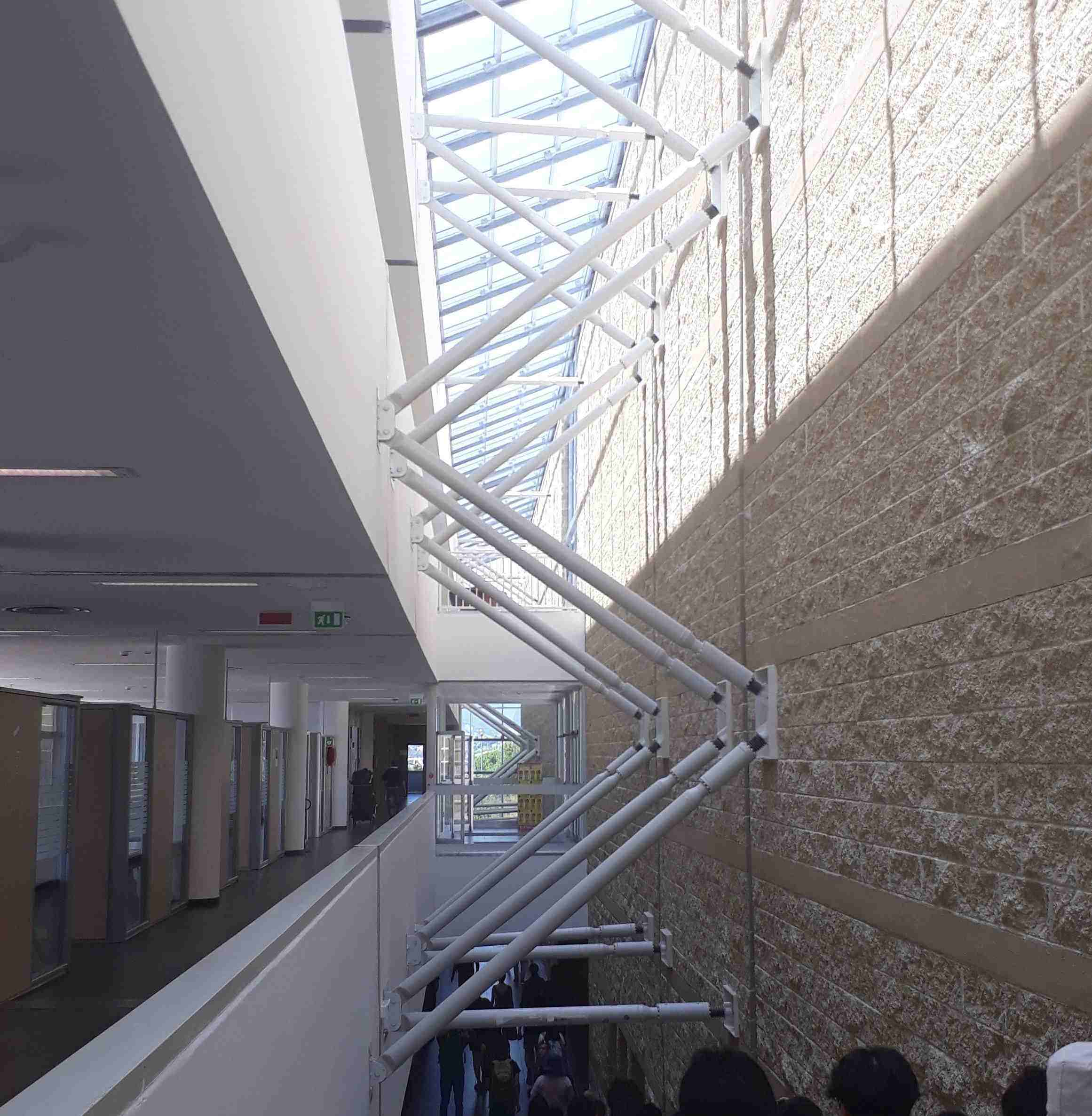 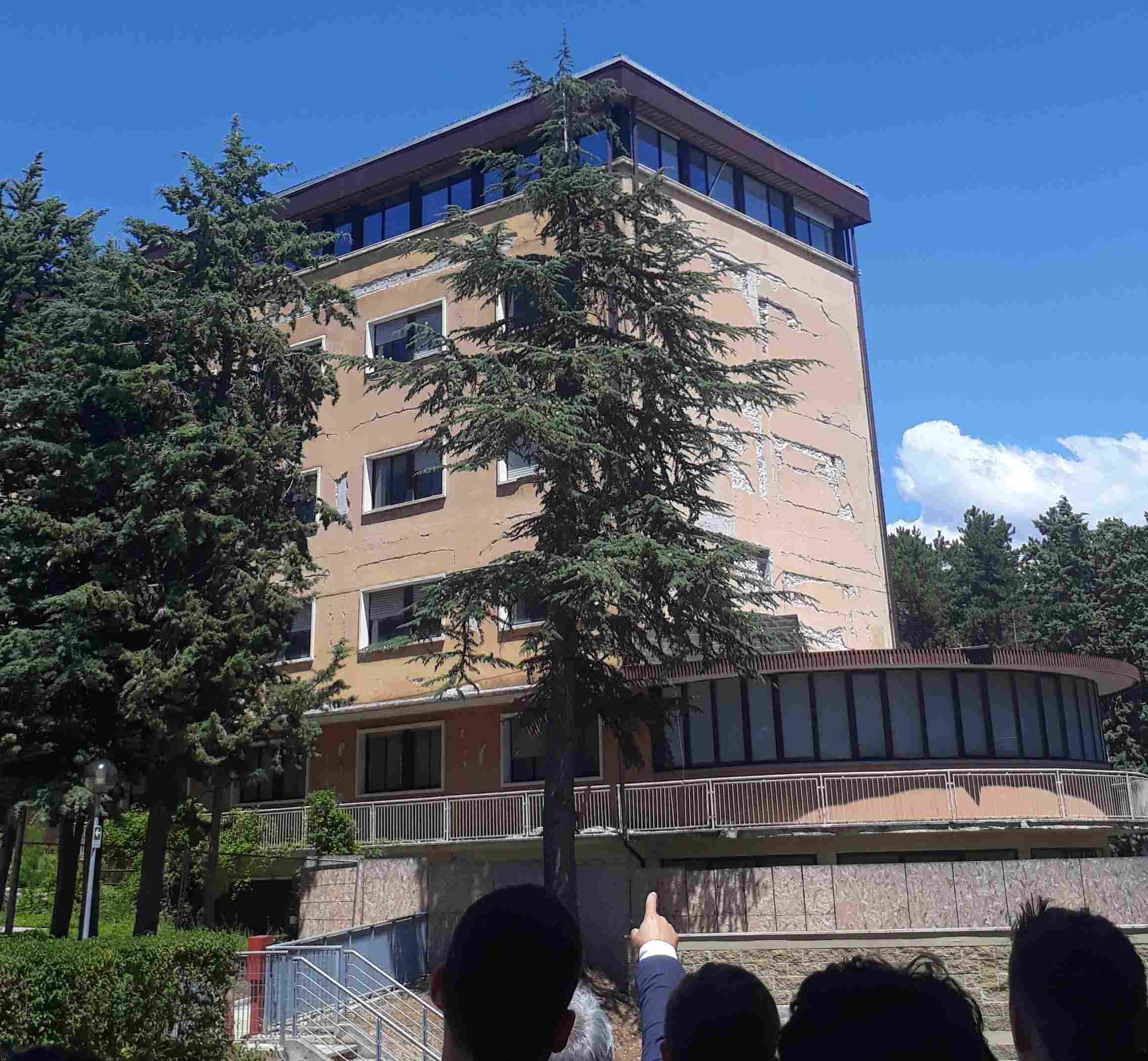 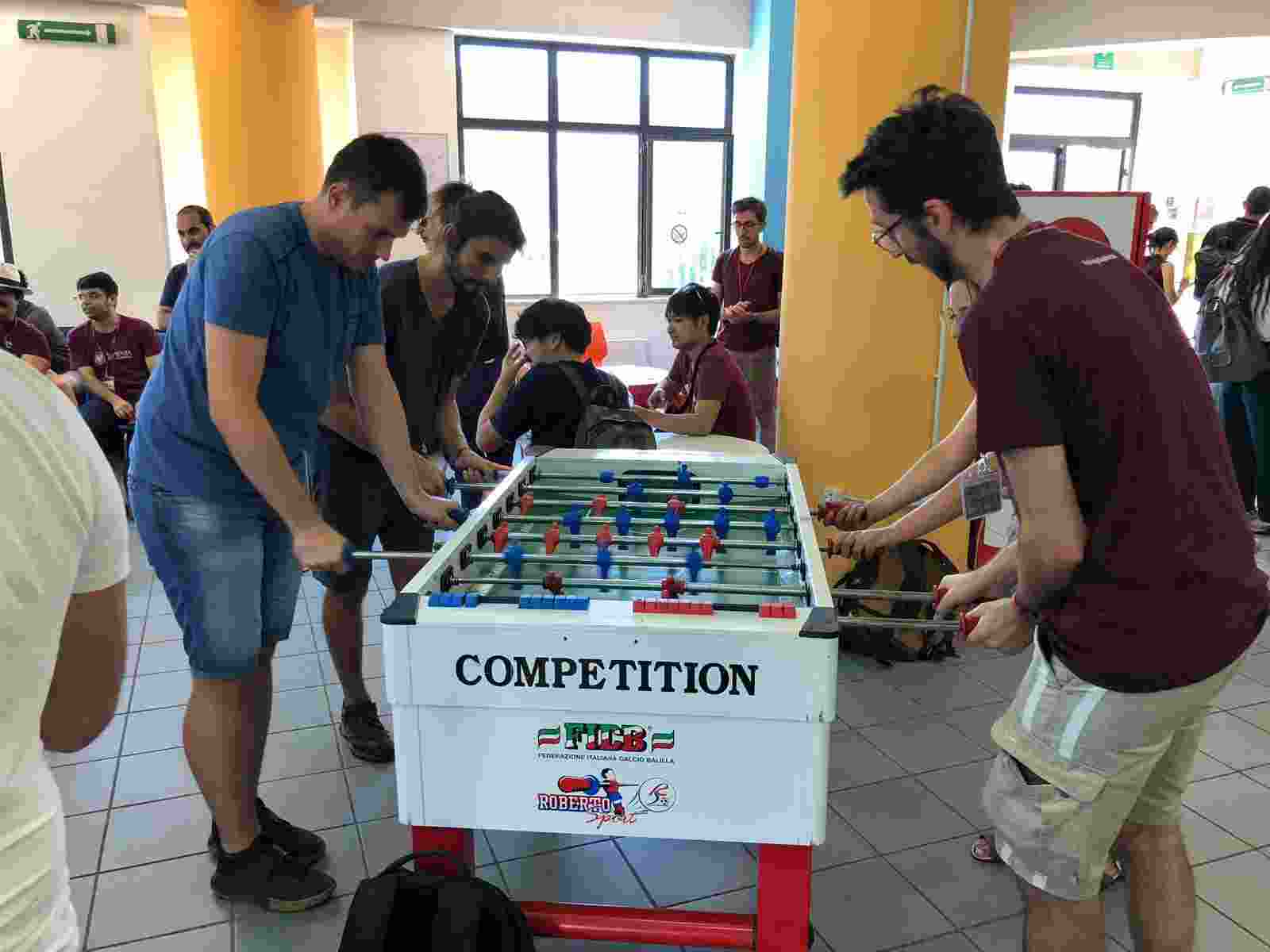 The third stop begun at the regional council of Abruzzo, this building is part of the cultural heritage of the city and it base isolated for its protection against earthquakes. Afterwards we headed to the Basilica di Santa Maria di Collemaggio. The dome of this church collapsed during the earthquake so it was rebuilt with a lighter structure. The church is  constantly monitored with a structural health monitoring system. 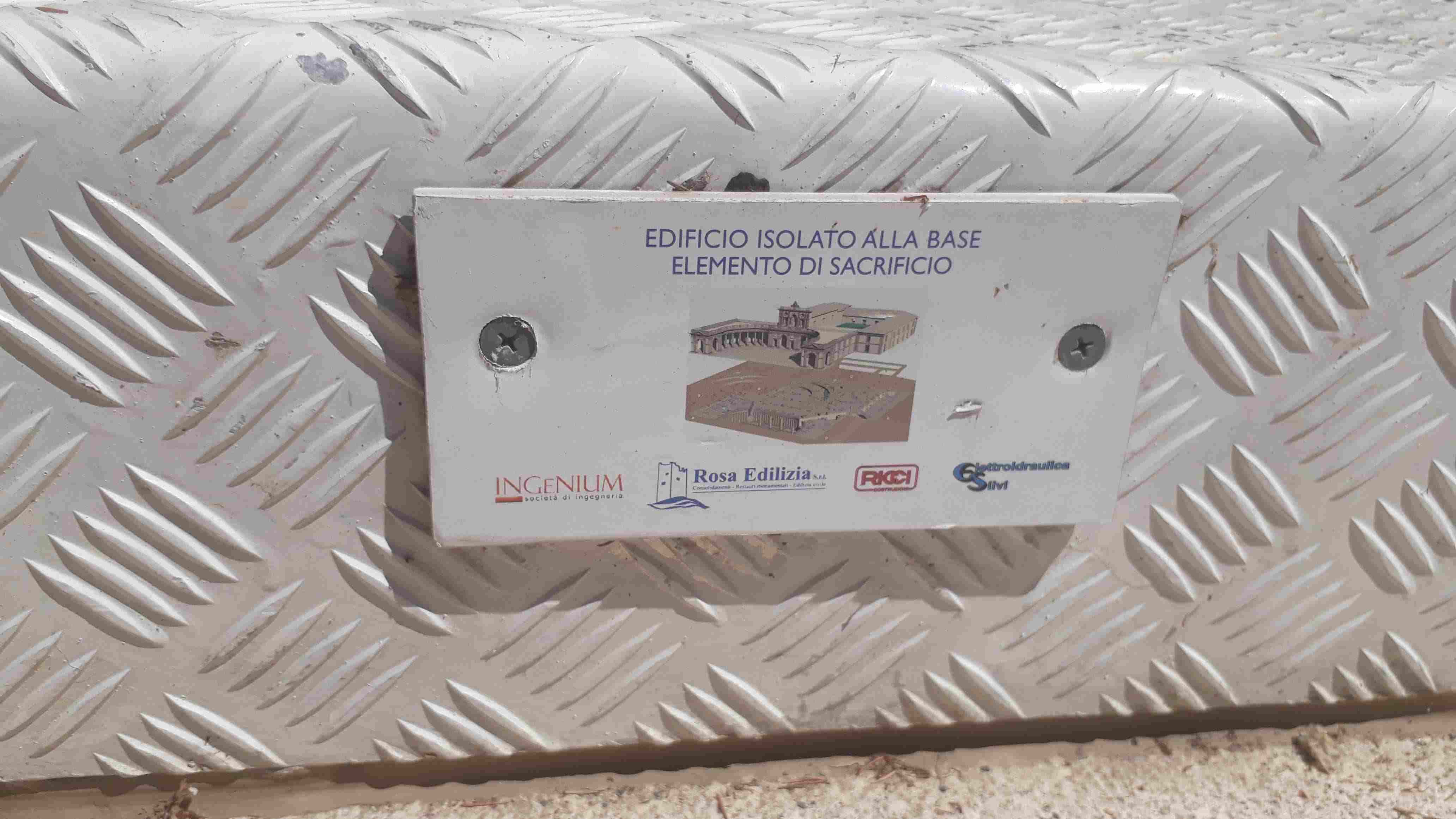 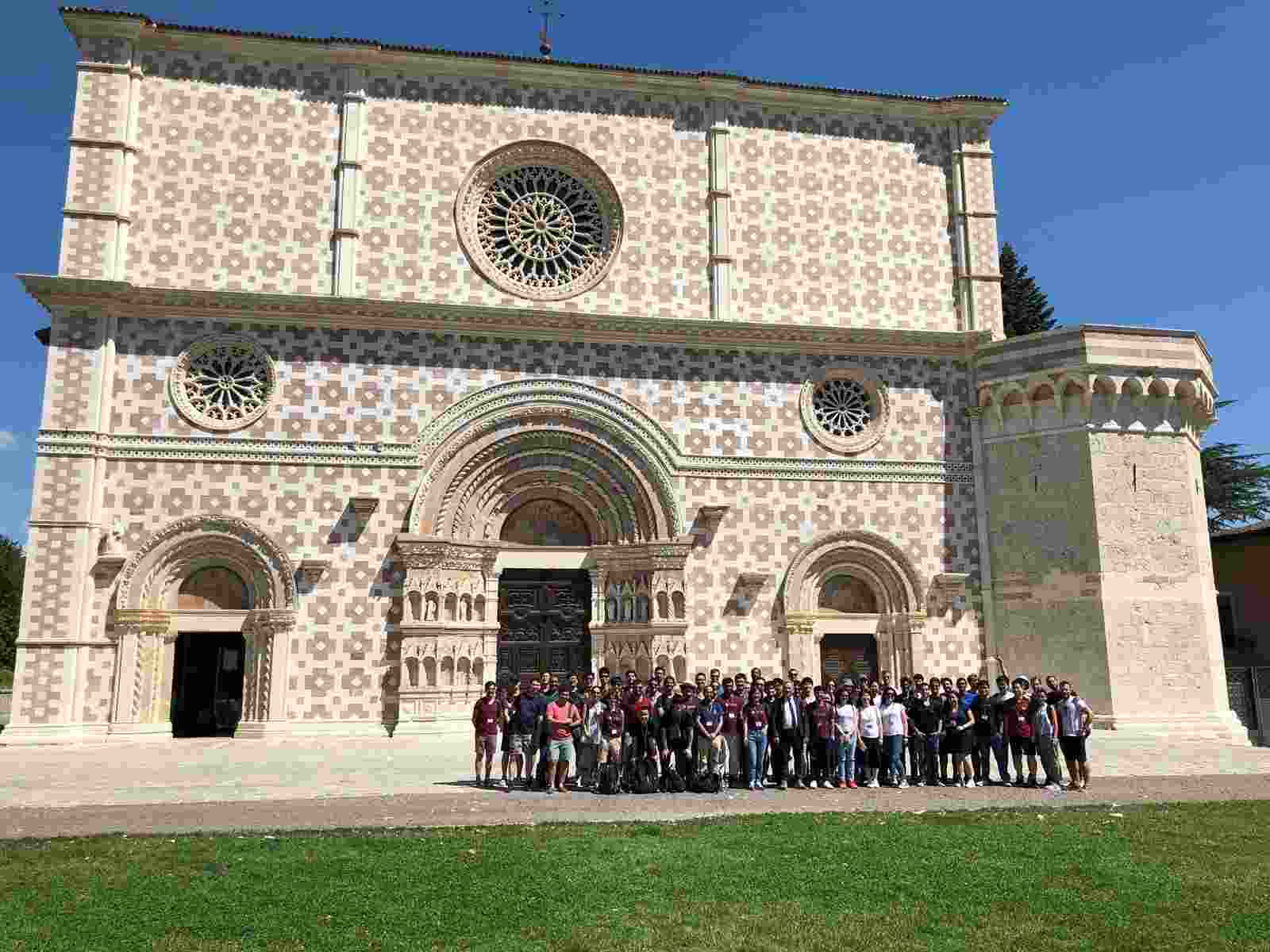 We headed to the Palazzo Camponeschi, and as we were walking though the city we could observe a lot of structures that are still under the process of rehabilitation. In the palace we met the Rector of the University of L'Aquila, Paola Inveradi. She talked about the research achievements of the University and all the efforts required to execute the reconstruction process of the city.

Later we visited the Basilica San Bernandino and the Castle of L'Aquila. 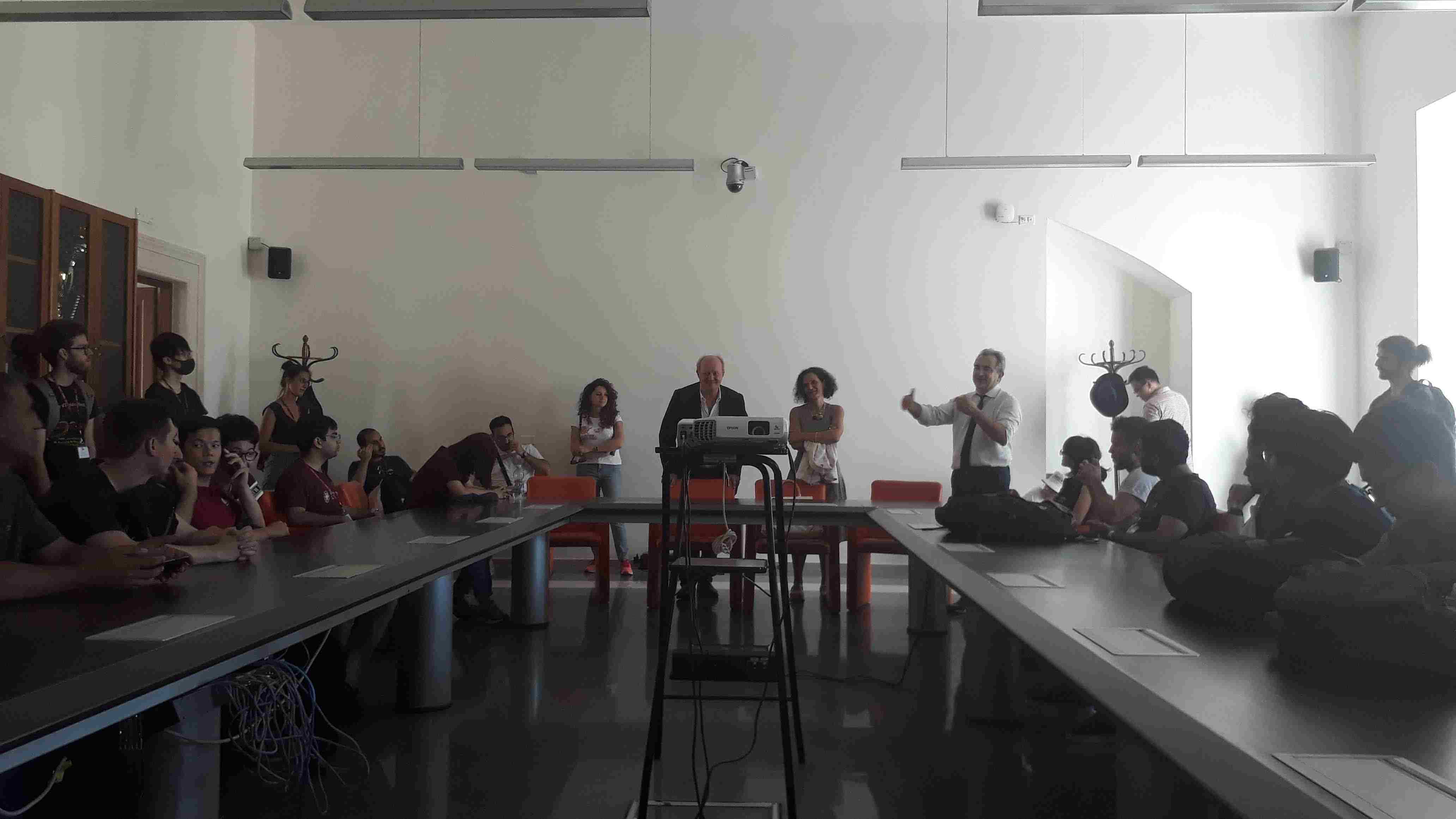 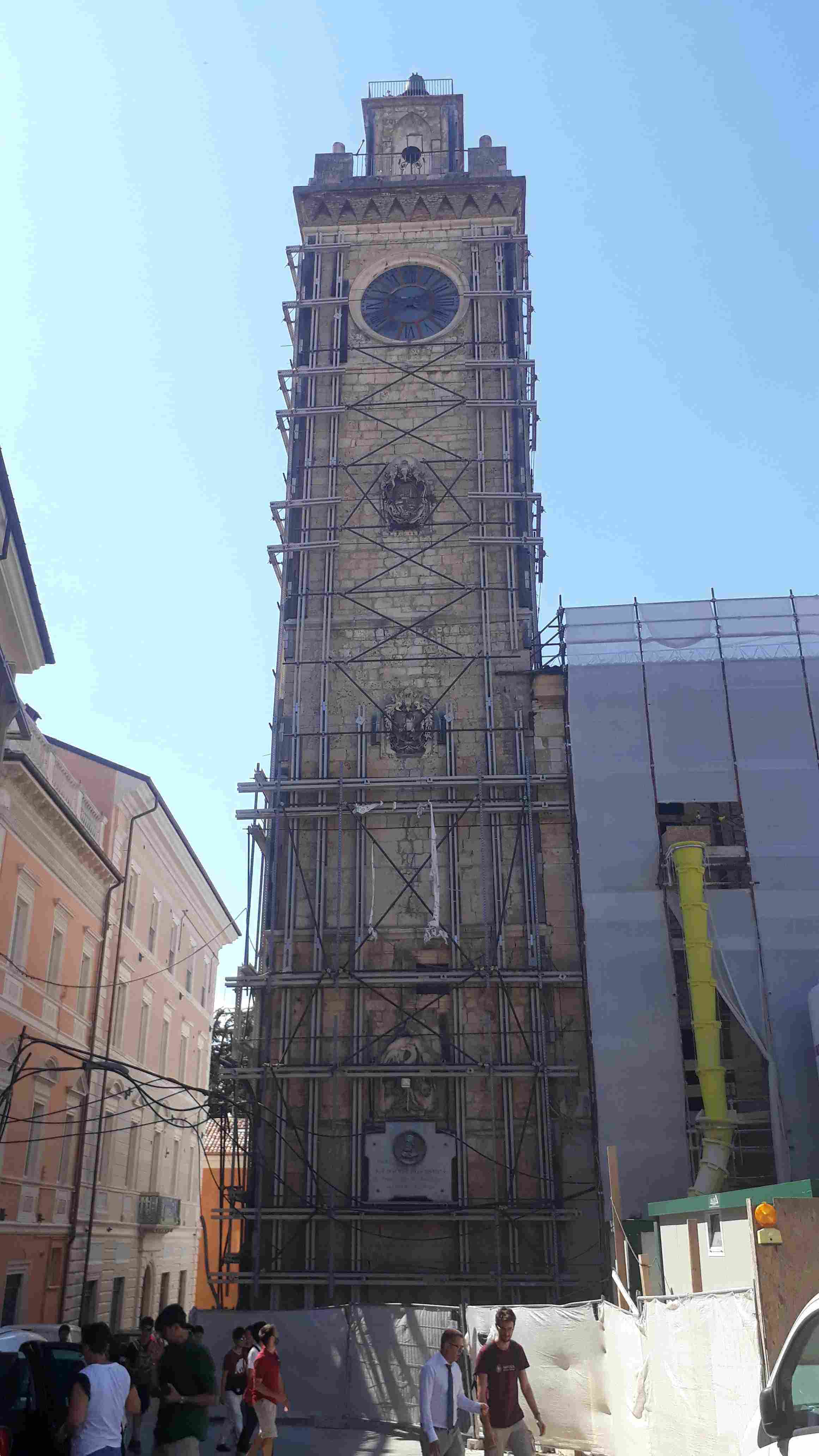 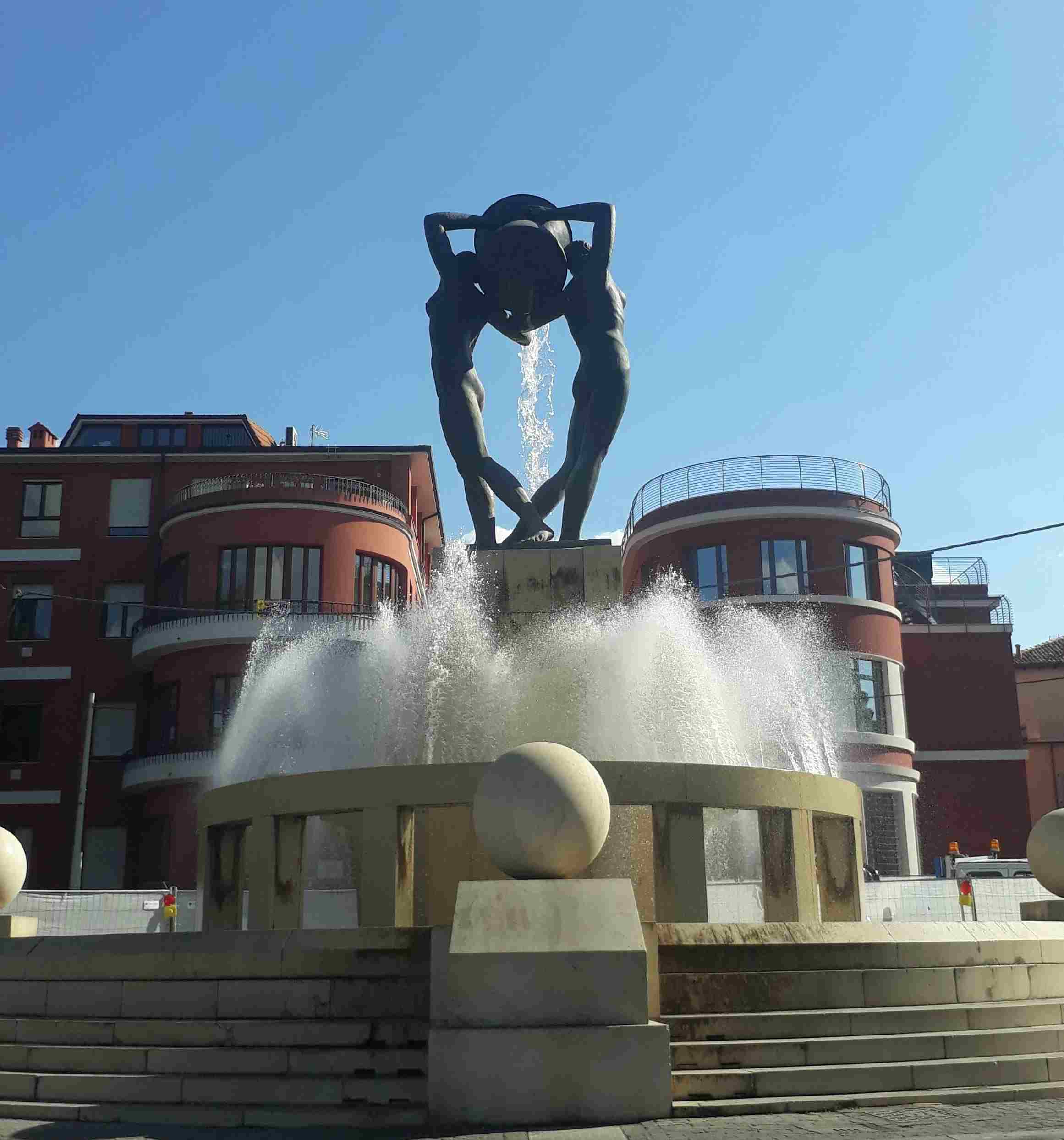 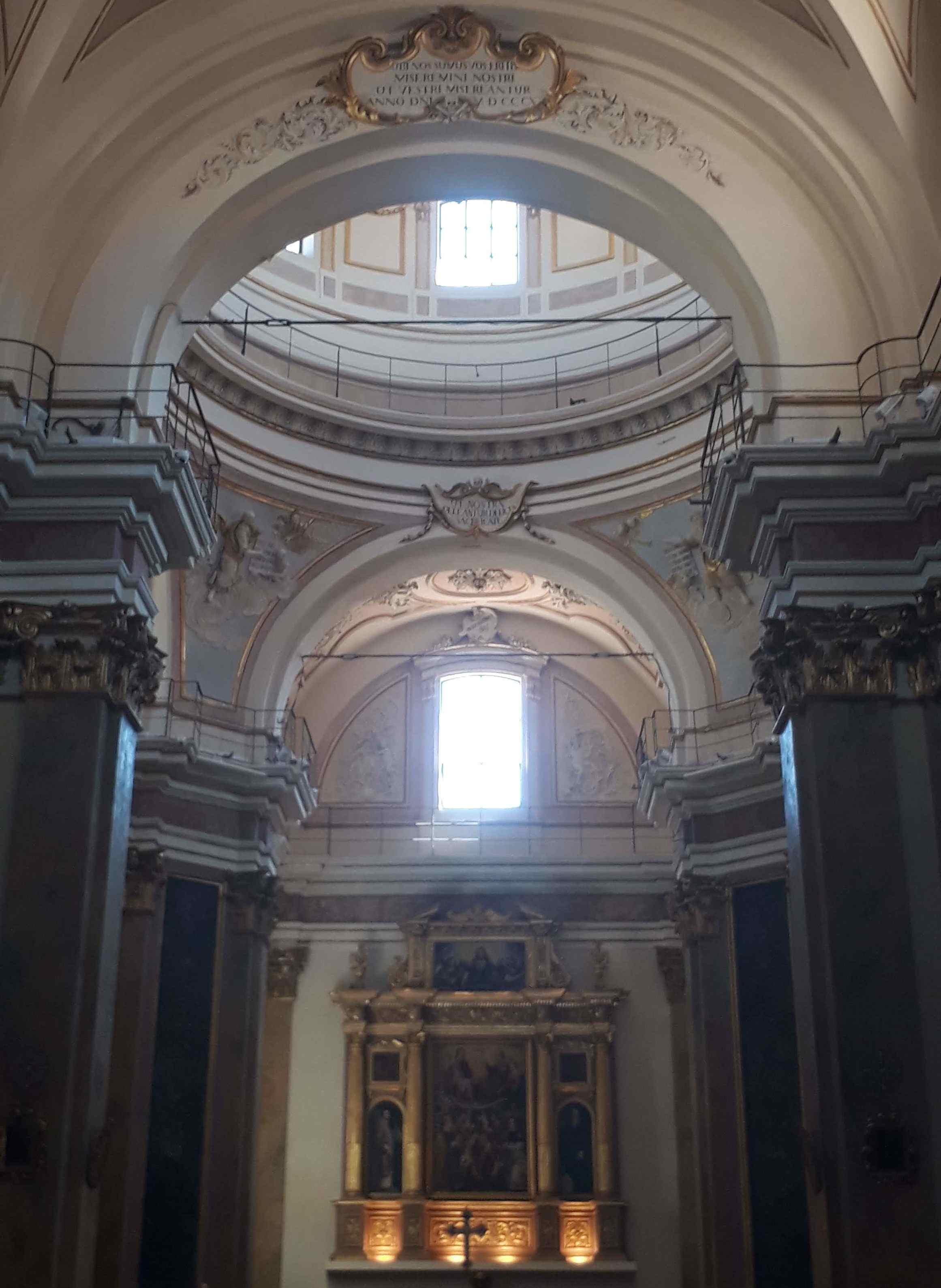 Back in Rome we visited the central market where we tried Trapizzino and more Pizza! 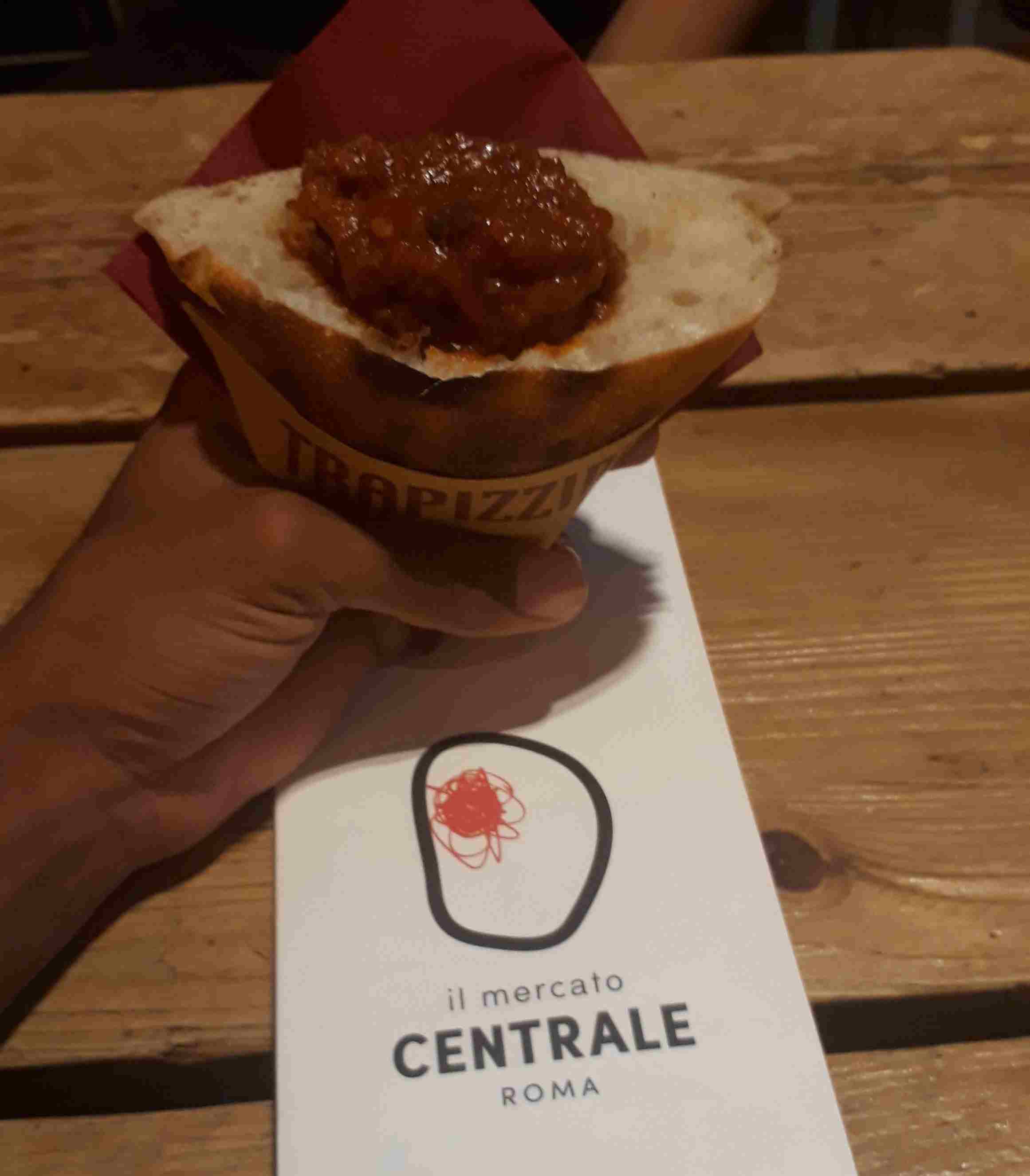 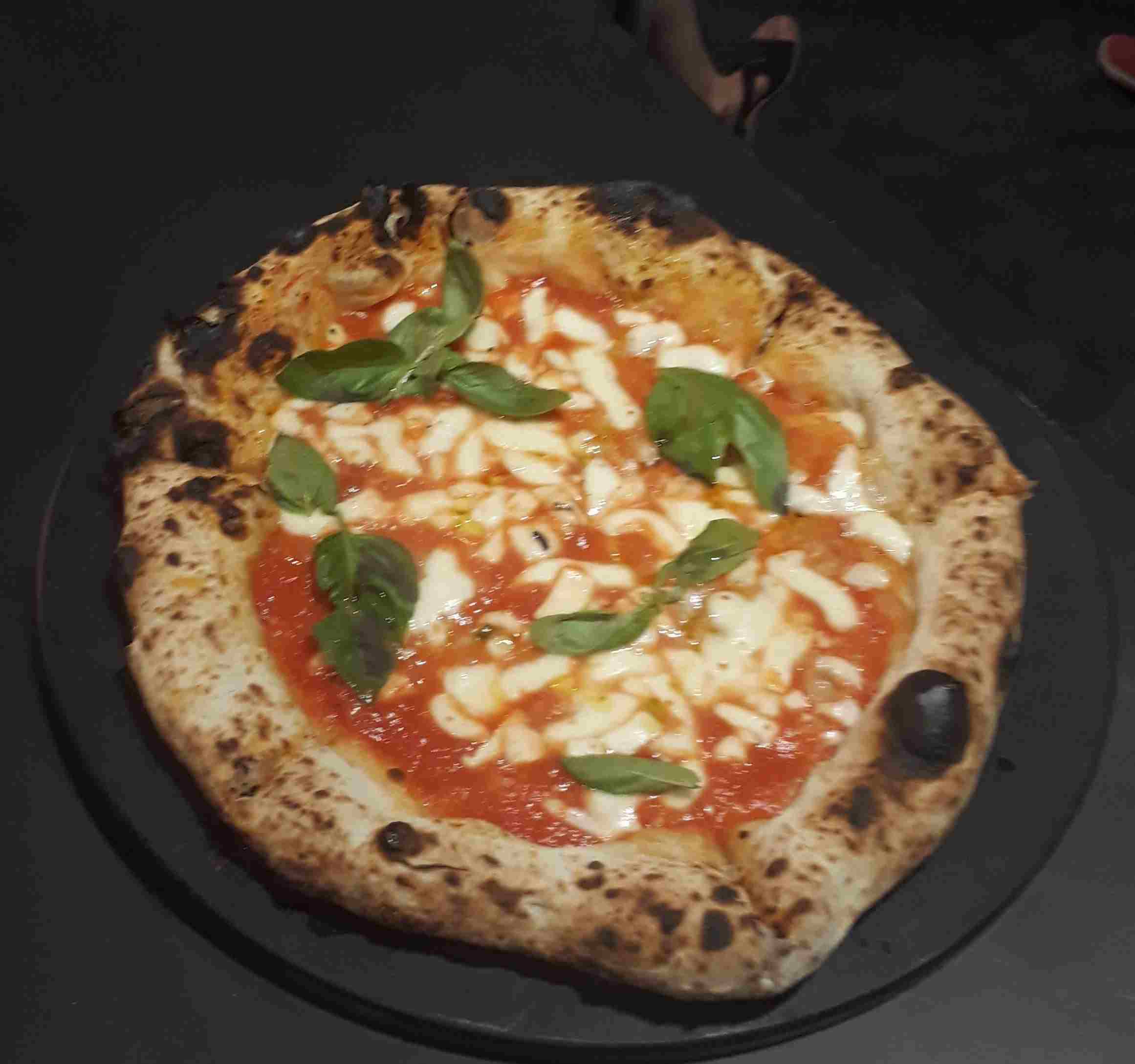 Go Top
Manage Cookie Consent
To provide the best experiences, we use technologies like cookies to store and/or access device information. Consenting to these technologies will allow us to process data such as browsing behavior or unique IDs on this site. Not consenting or withdrawing consent, may adversely affect certain features and functions.
Manage options Manage services Manage vendors Read more about these purposes
View preferences
{title} {title} {title}