Today on our first day in Phuket, we went to go visit disaster areas from the 12/26/2004 tsunami in Khao Lak, a local tsunami emergency shelter, and the tsunami museum.

A tsunami is a series of ocean waves that sends surges of water, sometimes reaching heights of over 100 feet (30.5 meters), onto land. These awe-inspiring waves are typically caused by large, undersea earthquakes at tectonic plate boundaries. When the ocean floor at a plate boundary rises or falls suddenly, it displaces the water above it and launches the rolling waves that will become a tsunami. The Sumatra-Andaman earthquake struck off the coast of Sumatra island, Indonesia causing the 2004 Indian Ocean tsunami. The magnitude 9.1 earthquake ruptured a 900-mile stretch of fault line where the Indian and Australian tectonic plates meet. It was a powerful megathrust quake, occurring where a heavy ocean plate slips under a lighter continental plate.Nearly 230,000 people were killed, making it one of the deadliest disasters in modern history.

The Kkao Lak disaster area contained the Baan Nam Kem Tsunami Memorial Park. The Memorial Park dedicated a slanted wall covered in mosaic tiles with the names and photos of some of the people whose lives were taken away by the tsunami. One young woman was just 22 years old when her life was taken from her. She was just one year younger than me. 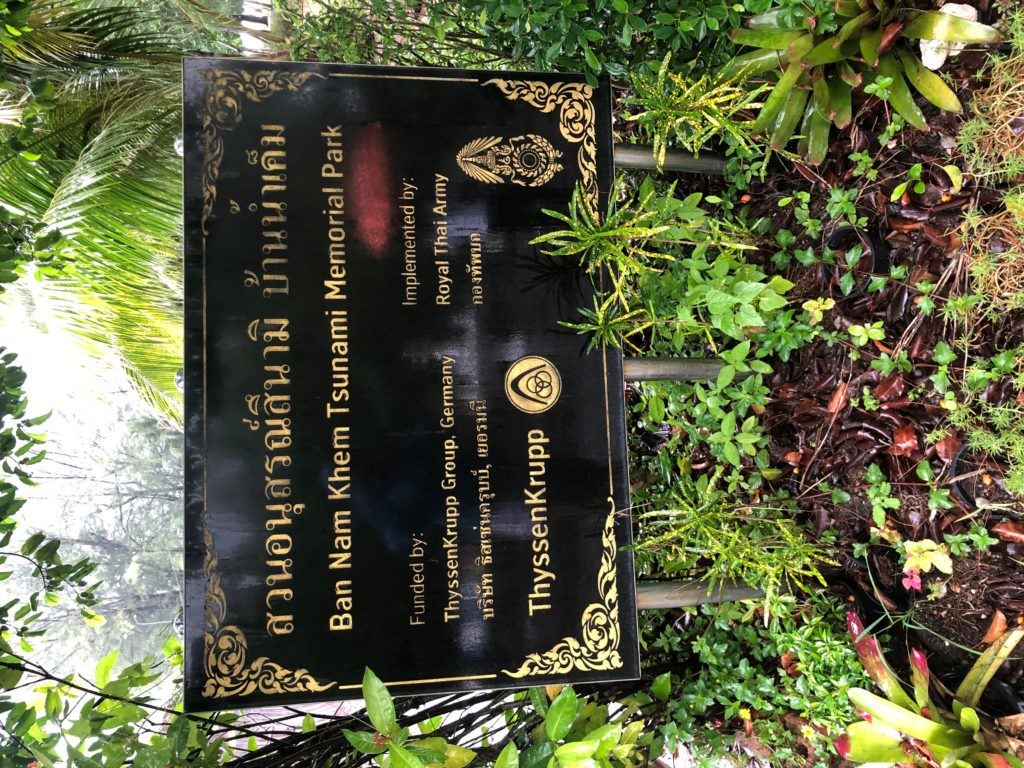 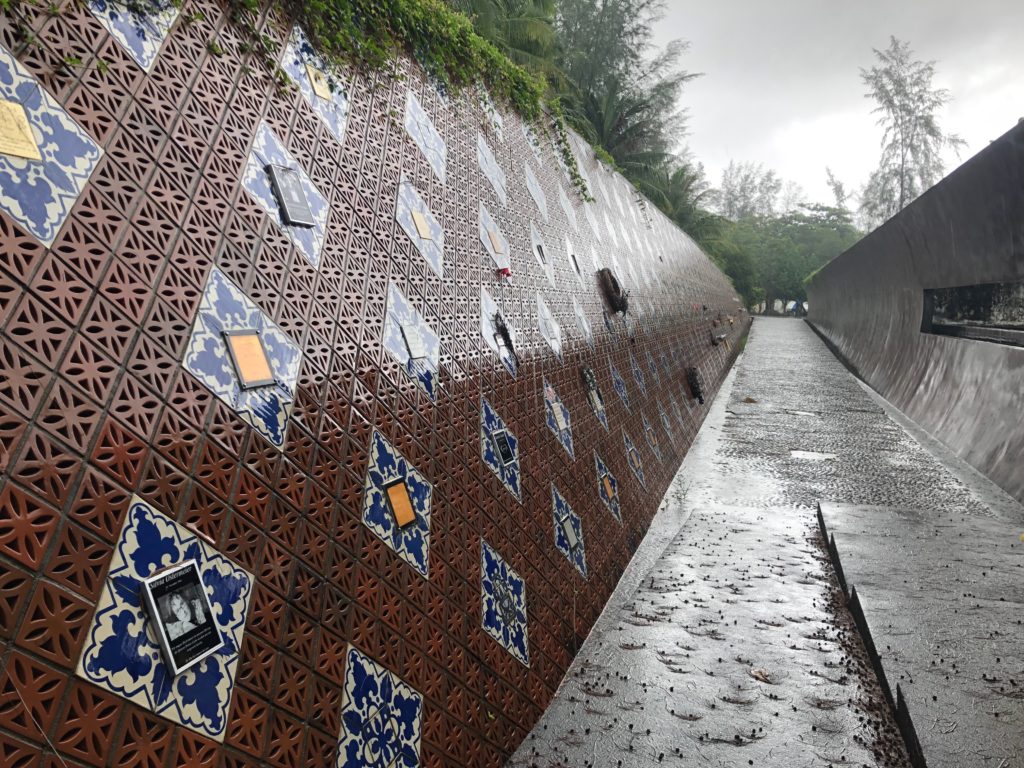 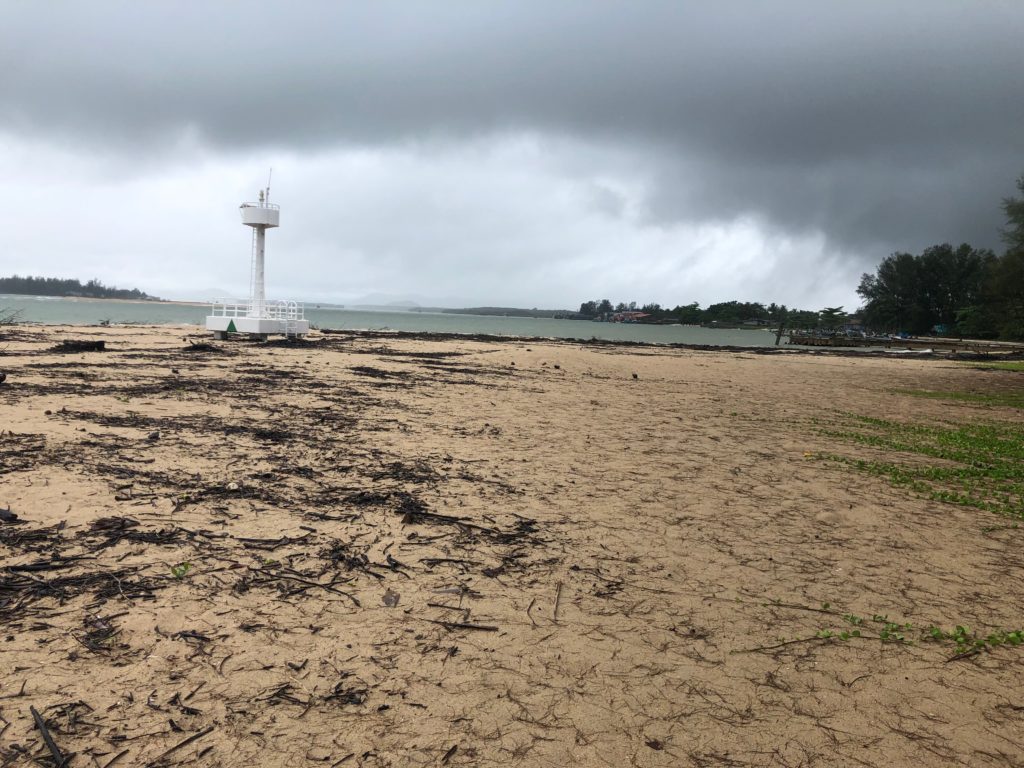 The tsunami emergency shelter can be seen in the photo below. The entire first floor is open with four reinforced concrete columns holding up the other two floors. This shelter was built for the elderly, disabled, and children to evacuate to. It’s means we’re for people who cannot reach high elevation easily. Sirens were mounted on the third floor for alerting the locals when a tsunami was coming. The lead engineer in the design of the shelter was Dr. Ruangrassamee from Chulalongkorn University (He’s the man in the yellow shirt!) 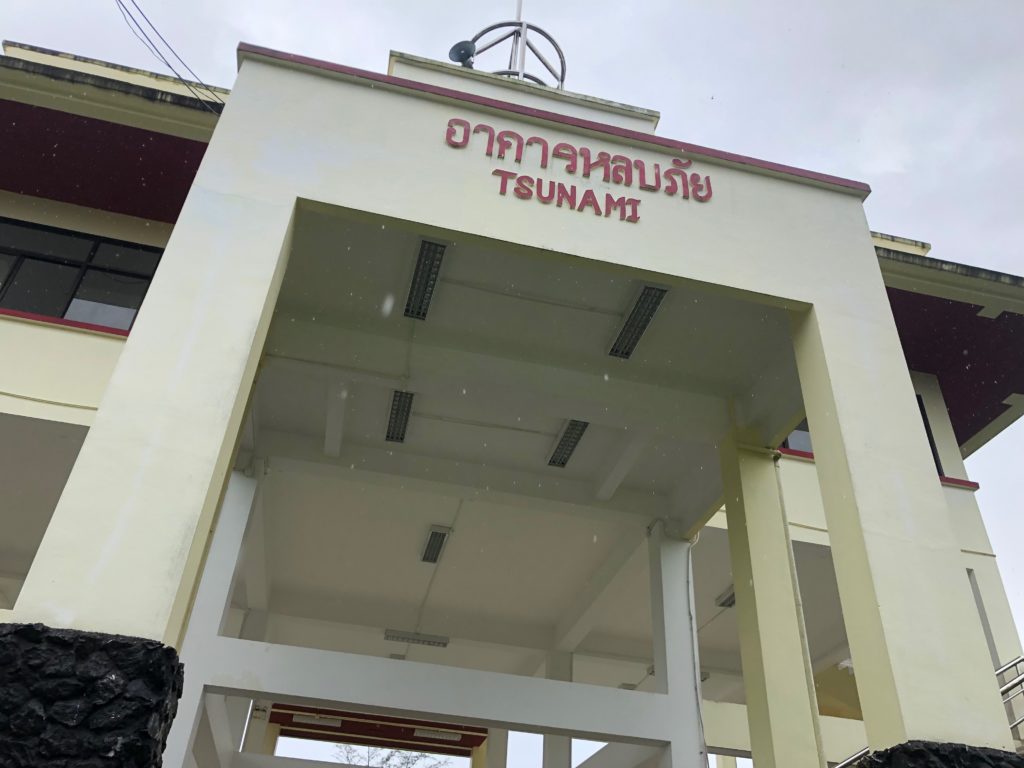 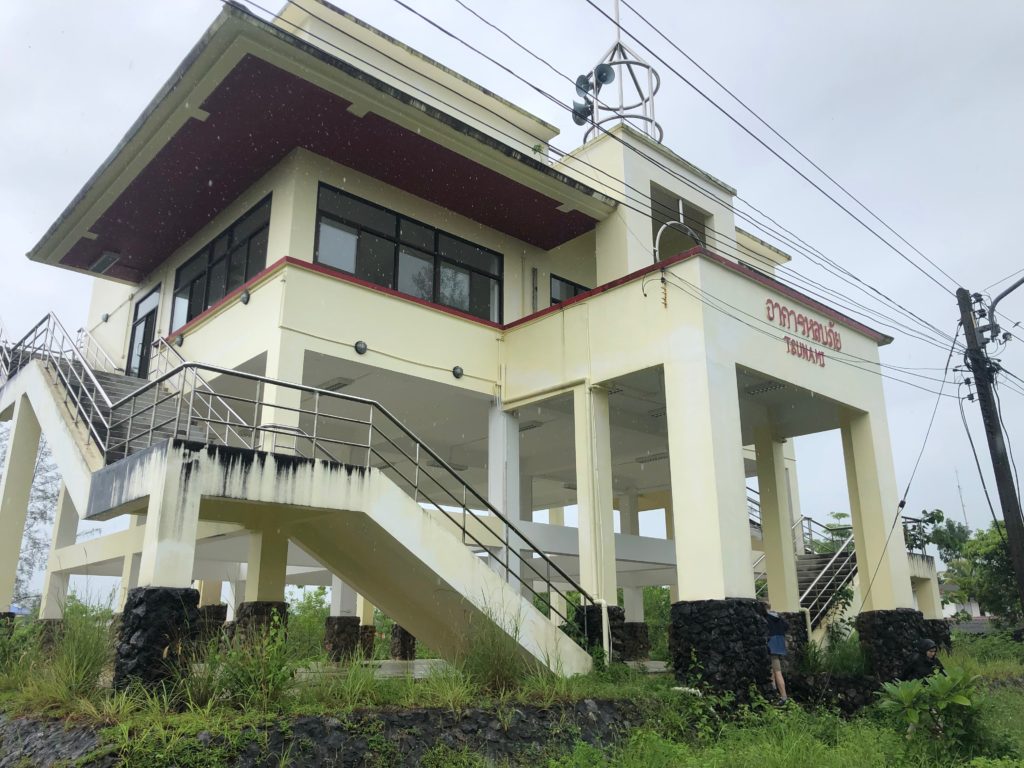 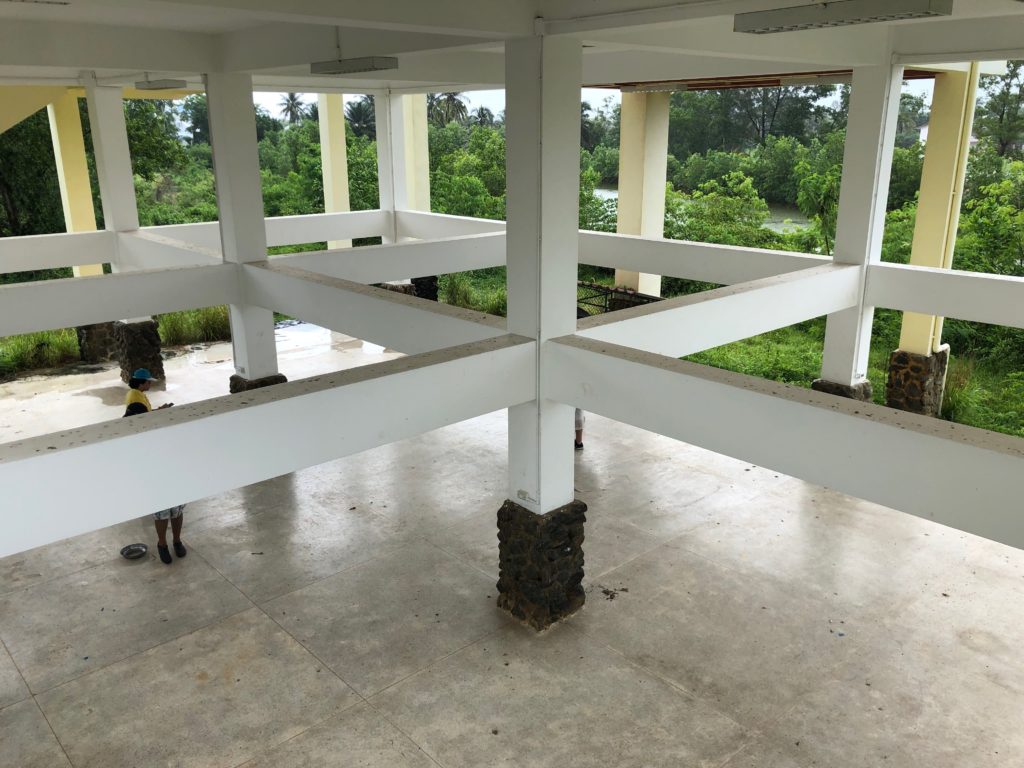 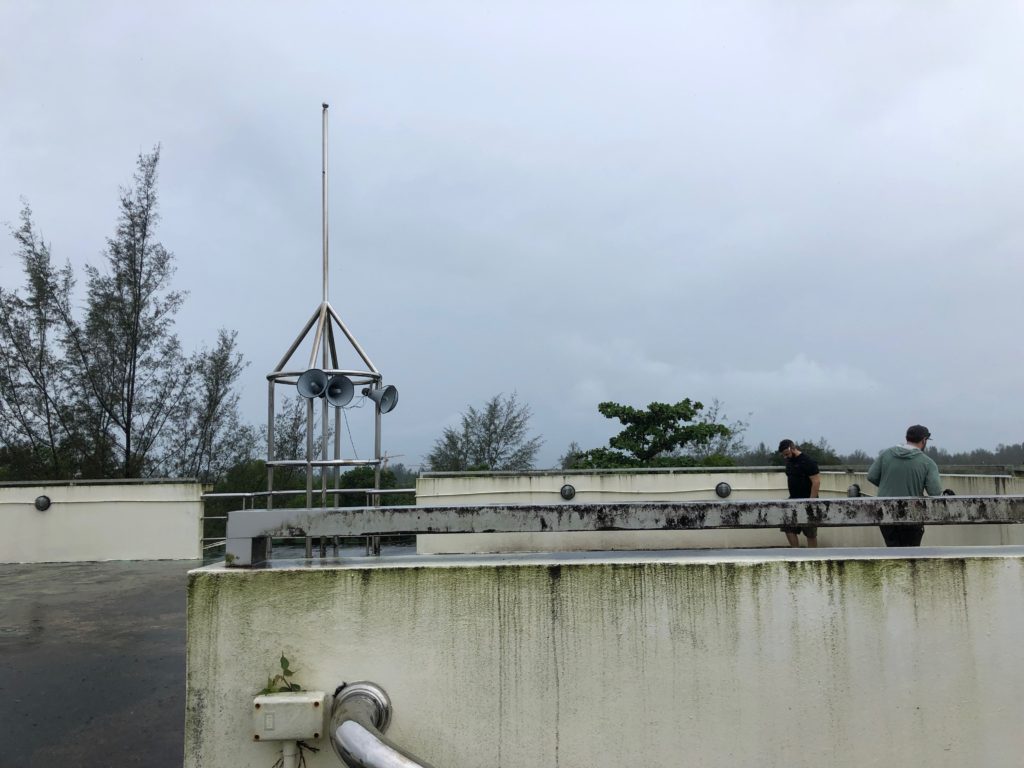 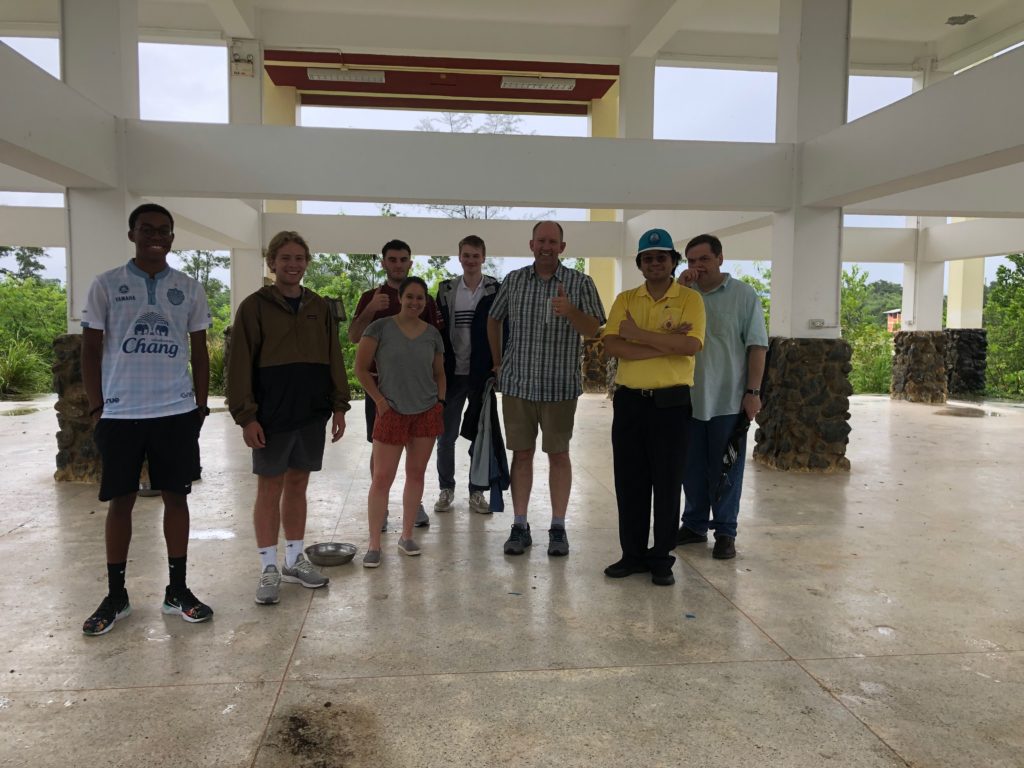 Our next stop was the  Khao Lak Tsunami Museum. Right outside the museum was the “Police boat 812.” This boat was carried 2 kilometers inland by one of the  waves produced by the tsunami. The museum had photographs of the obliterating destruction and videos of the survivors, members of the emergency team, and families of deceased loved ones recounting the events of that day. 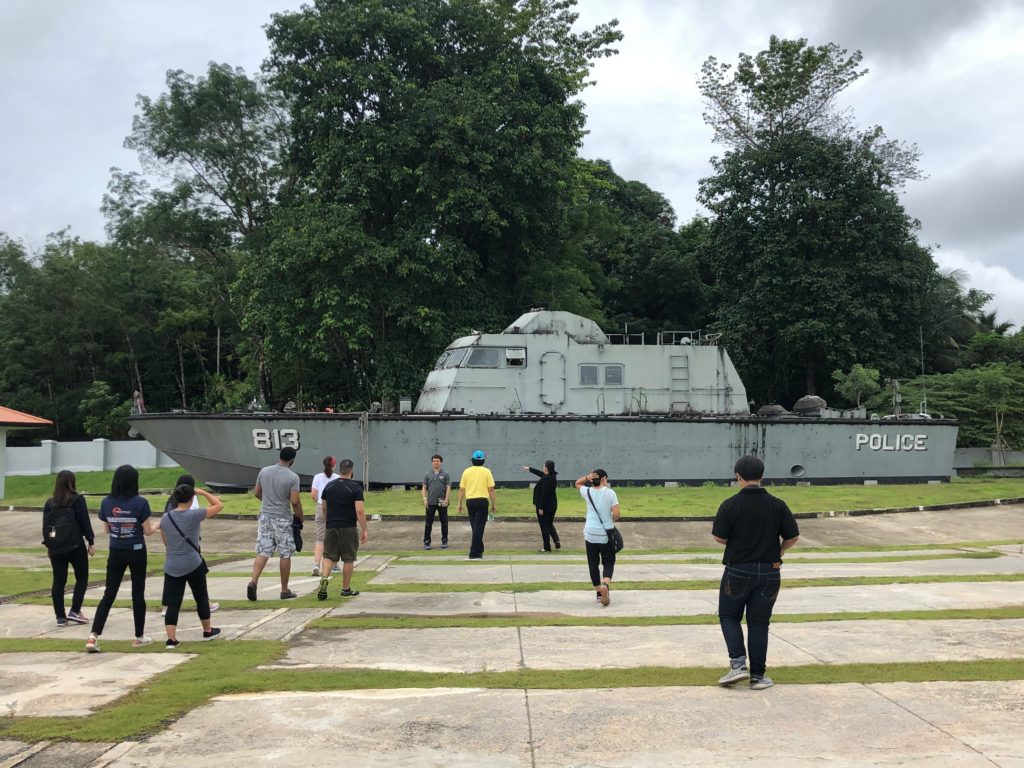 My prayers and heart go out for the ones who lost family and friends from the 2004 Tsunami. You will never be forgotten.